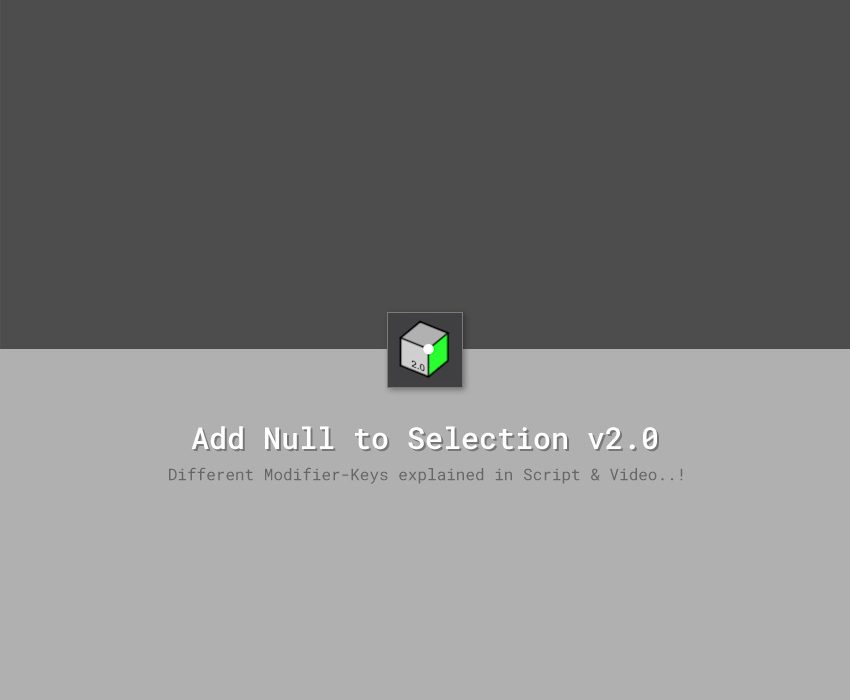 Just like the old one, this script creates a Null Object at your current selection. Because the old one was just a little script-log script and had some flaws, I’ve revisited it and added some additional features. There are some handy grouping functionalities and some shortcuts for the AEC-Workflow with After Effects.
And last but not least it recognizes your layers and will add the Nulls accordingly!

Please check the Video or the list below for full features and Modifier-Keys.

//CTRL-Click//
Adds Axis-Null as Next Object

//CTRl+Alt-Click//
Null for every selected Object as Next Object

This website uses cookies to improve your experience while you navigate through the website. Out of these, the cookies that are categorized as necessary are stored on your browser as they are essential for the working of basic functionalities of the website. We also use third-party cookies that help us analyze and understand how you use this website. These cookies will be stored in your browser only with your consent. You also have the option to opt-out of these cookies. But opting out of some of these cookies may affect your browsing experience.
Necessary Always Enabled
Necessary cookies are absolutely essential for the website to function properly. This category only includes cookies that ensures basic functionalities and security features of the website. These cookies do not store any personal information.
Non-necessary
Any cookies that may not be particularly necessary for the website to function and is used specifically to collect user personal data via analytics, ads, other embedded contents are termed as non-necessary cookies. It is mandatory to procure user consent prior to running these cookies on your website.
SAVE & ACCEPT